Special features of the branch:

Permanent “Golden Eagle” camouflages for Kansas, Minnesota, Vermont, and Florida were added to the game, as well as the new timed resource – American tokens. The Naval Base port will be updated for the event.

The commander of a division will have the opportunity to invite “Mercenaries” to clan battles – players who are not members of the clan.

This feature will help the clan leadership to test candidates who want to join the clan in a real battle or to fill unexpected gaps in the roster without having to invite new players to the clan.

The following rules will apply to mercenaries:

Update of the Research Bureau:

Barbettes and main caliber guns of all ships were updated:

Previously, when a shell hit the main battery, damage was dealt only to the module itself, and the player received the “Penetration” ribbon without damage to the enemy ship. Now, damage dealt to the main battery is also inflicted on the ship’s hit points in the form of 1/10 the maximum damage of the shell, so hitting a turret will no longer cause a penetration without damage.

The following improvements have been made to aircraft carrier squadrons:

Changed the appearance of the sights, and updated the aircraft camera. This update will affect only the visual component of a squadron’s interface and will increase the ease of aiming all types of armament without affecting gameplay.
The movements of aircraft in the squadron will be smoother, the trajectory of bombers making an attack will change slightly, and when damage is received, the aircraft will shake.

With the release of Update 0.9.9, players will be able to play on all servers of World of Warships using one client, without the need to have a separate copy for each region.

The game server will be determined by the current account selected in the Wargaming Game Center.

For replays, the player panel and a tooltip with instructions for managing the recording were added. 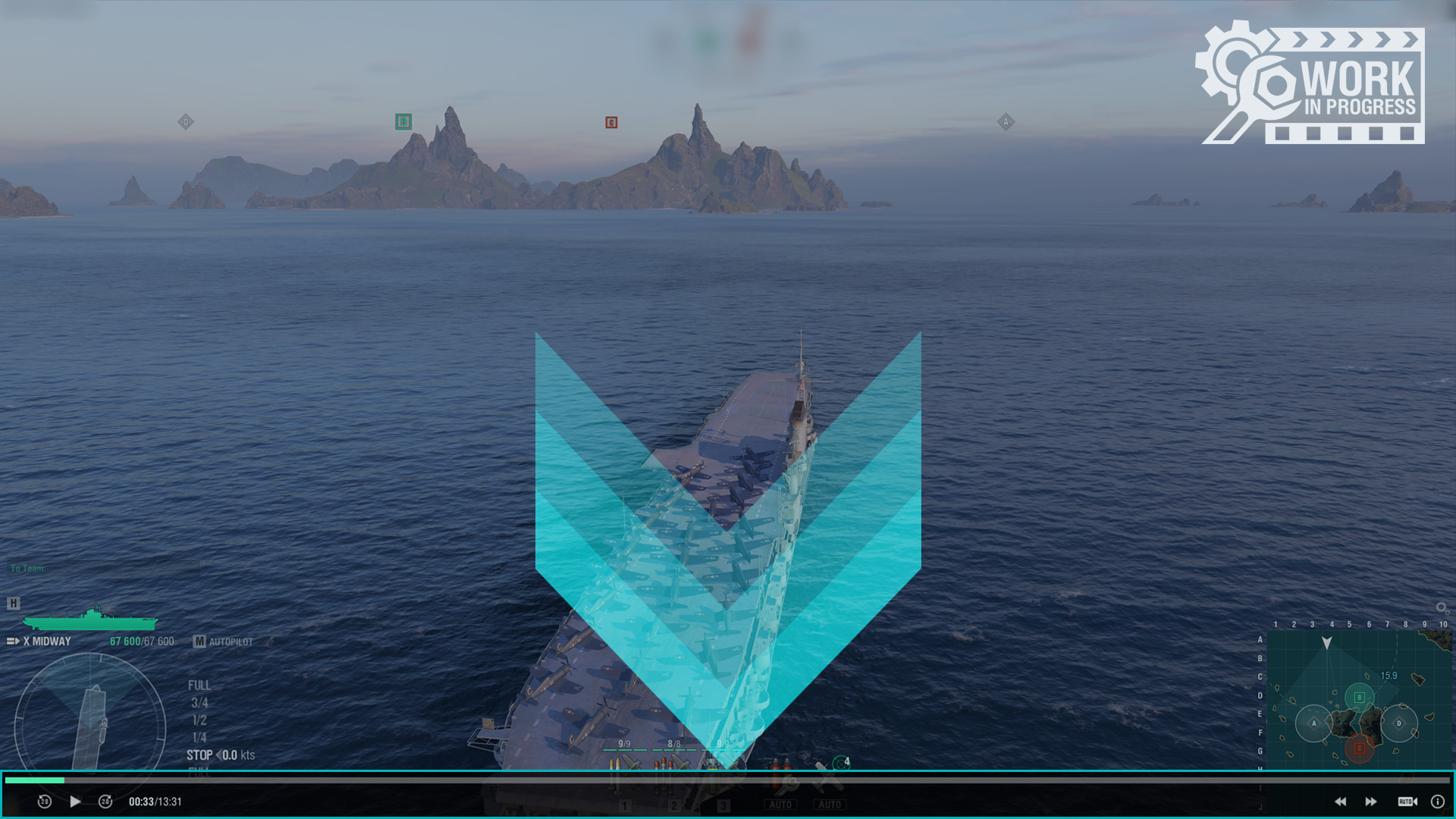